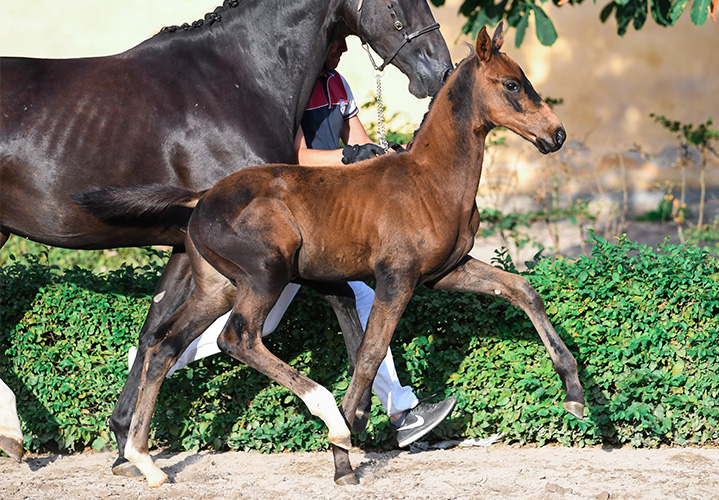 Blue Hors Zackery is the stallion on everyone’s lips. He was untouchable as the champion stallion in Vechta in 2018 and went on to place 2nd in the Danish 4-year old championships in stiff competition. His breeder was awarded the Breeder gold medal at the stallion keuring in Herning. Blue Hors Zackery is not only a top individual himself, but he also has a solid performance dam line behind him.

The dam Overgaard’s Hit Me is an Elite mare in Denmark. The granddam Padame has produced the approved stallion Overgaards Zackman, and she is granddam to the approved stallion Tailormade Zackzu. The phenomenon Fiontini and Fiontina are also out of this dam line. Fiontini has won the World YH championships under Severo Jurado Lopez as a five – six – and seven-year-old. Fiontina was second in the World YH championships as a 5-year old under Andreas Helgstrand. The dam line has also produced the Grand Prix horses Gay, Dorina and Dublét that all have competed in the Olympic Games.