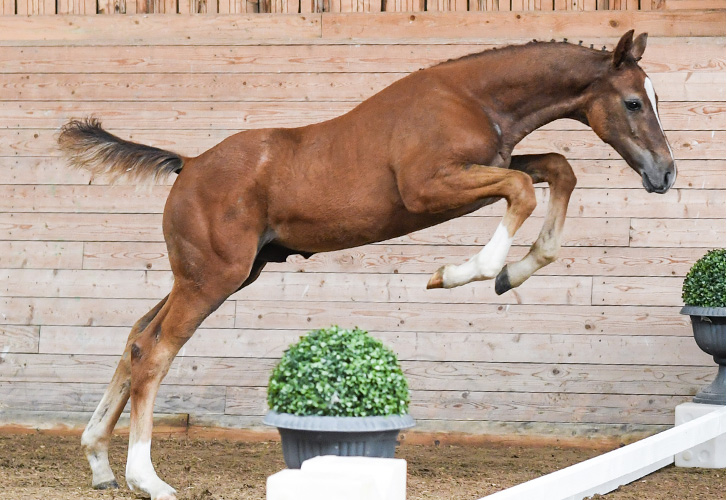 Crusader Ice was approved at the stallion test in 2017 and was awarded 9-9 for jumping and for his quick reactions, powerful and distinct take –off, his ability to use his body over the jumps and for his very good canter. The test riders gave him 10-9 for his jumping, stating that he is a complete horse that gives a fantastic feeling, has scope and an extremely nice rideability with a nice, adjustable canter. Together with Stephanie Holmén and Peder Fredricson the stallion has competed successfully up to 1.45 m internationally.

The dam Tarusa is a mare with merit through her offspring. She is an ELIT mare with a breeding index for showjumping of 159. Her most successful offspring is Fibonacci (ex. Fendi) that was first competed in Sweden by Lisen Bratt Fredricson, and later by Meredith Michaels Beerbaum at top, international level. Tarusa also produced Quicksilver (1. 50 m) and the filly Vera Vang with nice placings in the Young Horse championships and later jumping up to 1.45 m. Vittra placed in Falsterbo as a 5-year old and won Breeders Trophy for 6-year olds in 2017.