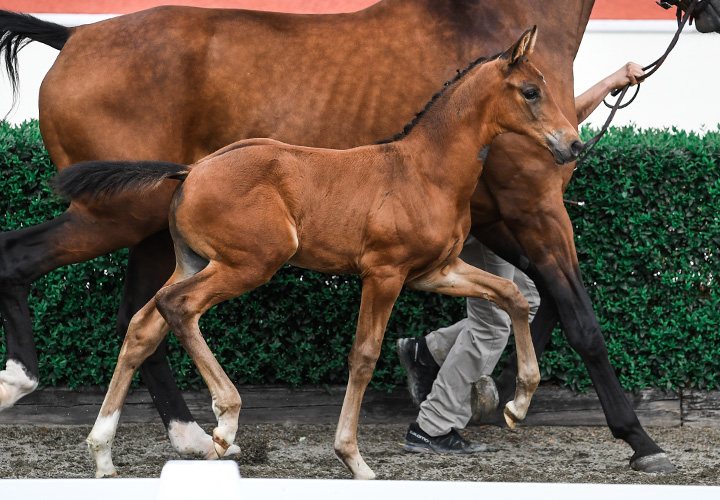 Negro has an impressive list of merits both as a sire and as a competition horse. He was the runner up at the stallion performance test in 1998 and won the Dutch YH championships in 2000 and 2001 and was the top KWPN horse at the World YH Championships in dressage 2001. He made his Grand Prix debut with a victory scoring 72,5%. Thanks to the performance of his offspring Negro has been among the top at the WBFSH list of dressage sires. He was Stallion of the Year in KWPN in 2013 and 2017. Other than the famous dressage horse Valegro, winning gold at every major championship 2011-2016, Negro has produced many approved sons and successful dressage horses. The son Kjento won the KWPN stallion test in 2018 with the highest score ever bestowed upon a 3-year old in KWPN.