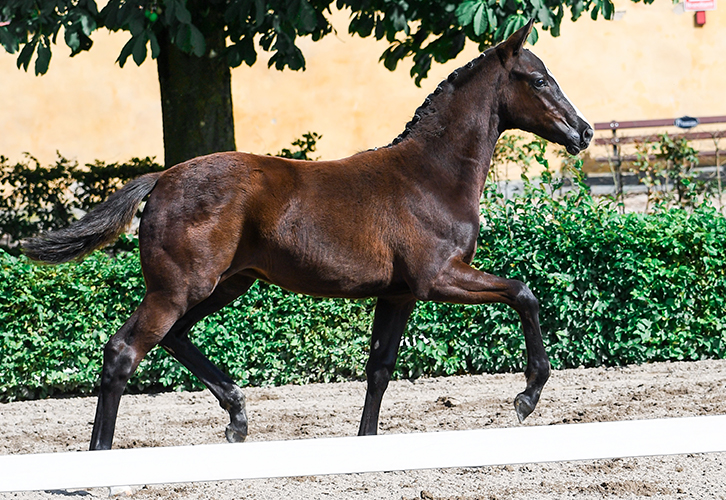 an Amour I has 48 approved sons so far, among them many champion – and premium stallions. His dam Puppenfee was the reserve champion mare in Oldenburg and produced approved stallion San Amour II. Her full brother is approved in Oldenburg and they have a full sister in Intermediate II and a sister with victories in Grand Prix.