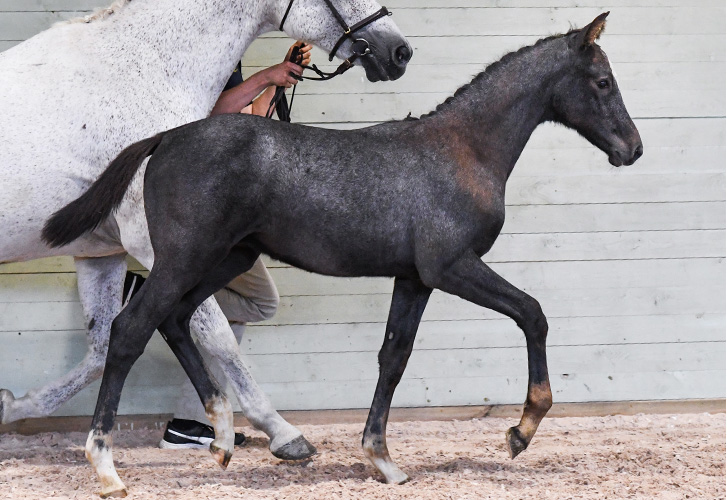 Million Dollar was approved in Germany in 2015 where he received 9,75 for jumping capacity and since then has been one of the most popular stallions of that year. The dam Gin Tonic de Muze has produced yet another approved stallion, Odarco van het Schaeck. The granddam, Daytona de Muze competed in S class and has produced several offspring in 1.40 m – 1.45 m. The great granddam Wallon de Muze, was successful in S class jumping under rider Michel Hécart, as well as her full sister Walnut de Muze, ridden by Harrie Smolders. Looking further back, we find the world-renowned dam line of Qerly Chin whose offspring are wildly sought after as she is the dam of the top producers I’m Special de Muze, Querlybet Hero and Vagabond de la Pomme.