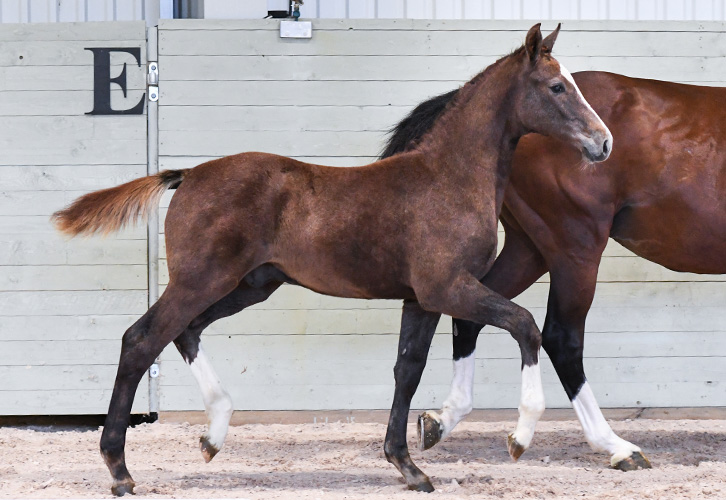 Cicero van Paemel Z not only competes at world class level, so do his offspring! He has produced a great number of approved sons and offspring in S-class jumping, among them Gautcho da Quinta that won Nation’s Cup in Odense 2015. His offspring have been sold for top money at auctions around Europe; Moneymaker vd Axelhoeve sold for the incredible sum of 195 000 euro at the French Elite Auction in 2015.