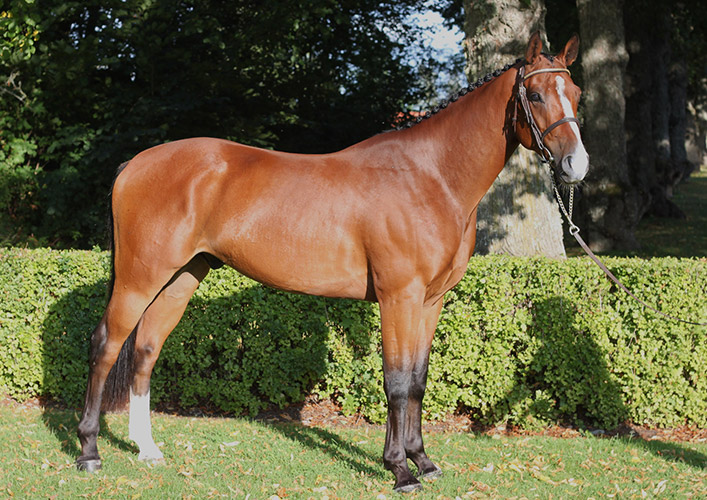 The Champion stallion Latour’s granddam’s dam is the world famous Qerly Chin, a mare that was successful in 1, 60 m jumping and whose offspring are one of the most sought after in the world. Stallions as I’m Special de Muze, Querlybet Hero, Vagabond de la Pomme all have come out of this mareline just to name a few. Latour’s dam Everlychin de la Pomme is competing in international 1,60 m under Shane Sweetnam. She has produced yet another approved stallion, Kasanova de la Pomme, that is competing in international S-class. The granddam Werly Chin de Muze has competition merits in 1, 50 m jumping and has produced seven S-class horses where four are jumping 1, 60 m and she also produced two approved stallions.