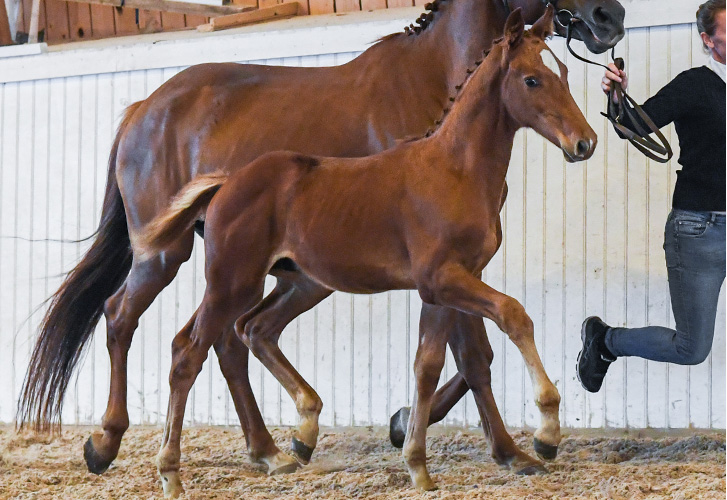 Chacco Blue is one of the top breeding stallions in modern times and has merits of his own up to 1.60 m jumping. In spite of a very productive show career and limited access to frozen semen, he has managed to produce 68 approved sons, 132 offspring in 1.60 m jumping and more than 450 horses in S-class jumping. The last two years he’s been at the top of the WBFSH’s ranking list and before that he’s been among the top ten ranked sires in jumping. One of his most well-known offspring is Explosive W that just recently won the silver medal at the European Championships under Ben Maher. Chacco Blue also produced Chaqui Z that under Shane Sweetnam captured the team gold medal at the 2017 European Championships in Gothenburg.