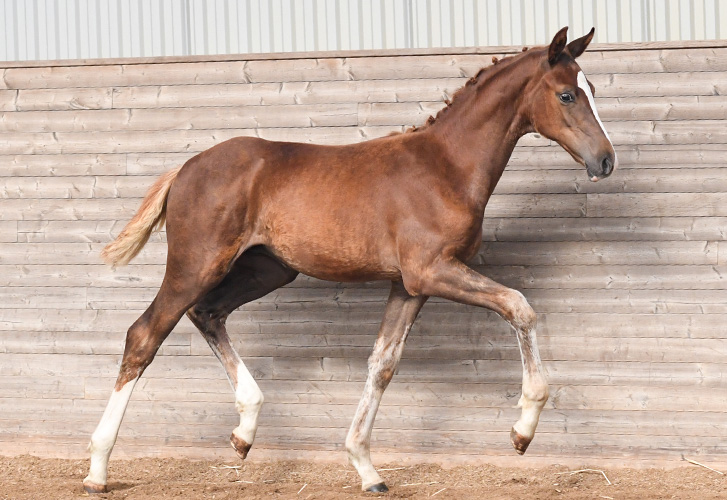 Few stallions possess a damline like Quaterhit. He received his final approval at the Danish Warmblood stallion show in 2018 with 9’s for both trot and canter. He did his performance test in Denmark in 2017 and was the reserve champion with the final score of 884.