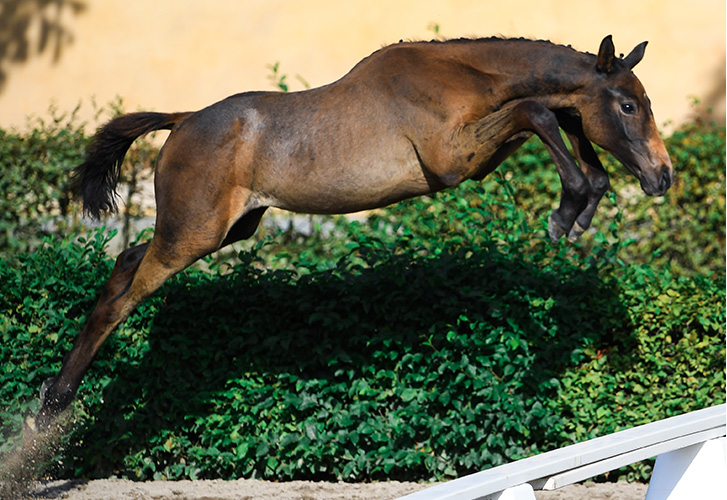 Diamant de Semilly won the French Championships as an 8-year old, he took team gold at the WEG in Jerez 2002. He captured a team silver medal at the European Championships in 2003 and several Grand Prix-victories in 2004 and 2005. Diamant de Semilly’s offspring have made more than 1,2 miljoner Euro in prize money and he’s been at the top of the WBFSH ranking list for many years.  He has produced approved stallions that compete in S class international showjumping; among them Don VHP Z and Emerald van’t Ruytershof both under Harrie Smolders. Other top offspring are Quickly du Kreisker och Hello Guv’nor that both have been successful in international Grand Prix.