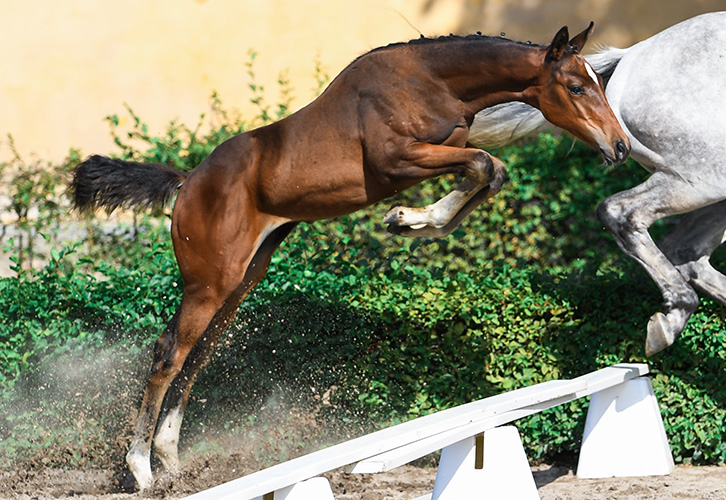 Balou du Rouet had a solid young horse career and while being an active breeding stallion also competed in S-class international jumping with victories and placings. He has 88 approved sons, 66 offspring in 1.60m jumping and close to 250 offspring in S-class jumping. Balou du Rouet is ranked among the top ten on the WBFSH ranking list of both jumper stallions and eventing stallions. One of his most current successful offspring is Bianca that under Steve Guerdat captured an individual bronze medal at the WEG in Tryon 2017. Billy the Red has a team medal at the European Championships and 9th placing at the WEG.

The granddam Georgette II produced the approved and S-class placed stallion Sandrissimo. A sister to Balou du Rouet is granddam to Chageorge, approved stallion at this year’s SWB stallion test.