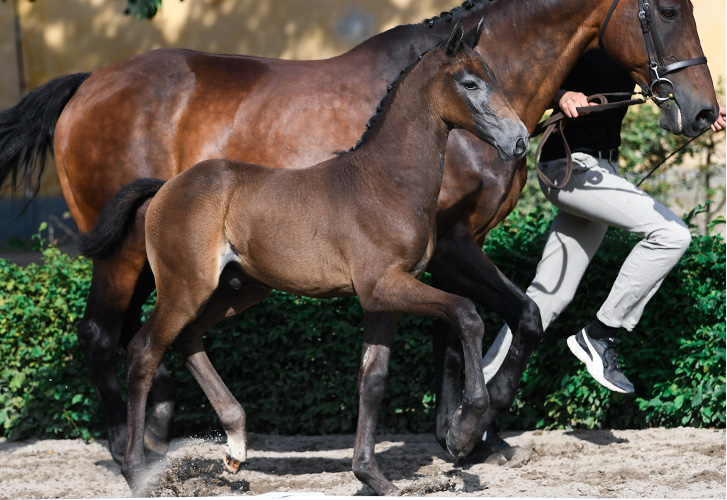 Cristallo II was the reserve champion at his stallion performance test in 2010 in Germany. As a 4 – year old he won a silver medal at the young horse championships in Westfahlen and in 2012 he qualified to the Bundeschampionate. Cristallo II has competed successfully on an international level and his offspring have shown well in the young horse classes and championships. The dam Cassie competed up to 1.35 m. She also produced the full brother Cristallo I, successful in international showjumping. The grand dam Profilda was successful up to S class jumping, she has an approved brother in S-class jumping and one in Grand Prix.