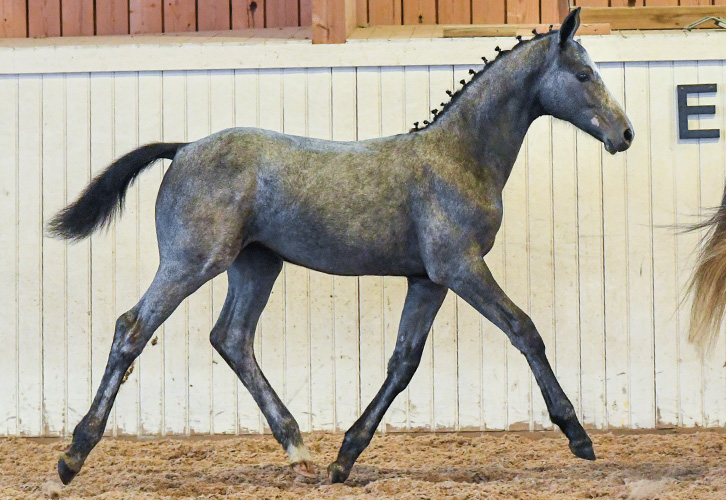 Cornet Obolensky did his performance test in Germany with the total score of 9,24. He continued with victories and placings in international S – class under Marco Kutscher. The duo has WC –victories, represented Germany at the 2008 Olympic Games in Peking. In 2011 they won team gold at the European Championships in Madrid. As a sire Cornet Obolensky certainly has proven himself. He’s been in the top 10 of the WBFSH rankings of showjumping sires for many years. He has produced more than 300 offspring competing in S class showjumping. Cornet’s Cristallo, Corbinian, Cornet d’Amor, Clooney, Cornado I and II are some of the successful offspring in the top. His offspring have earned 8 million euro in prize money.