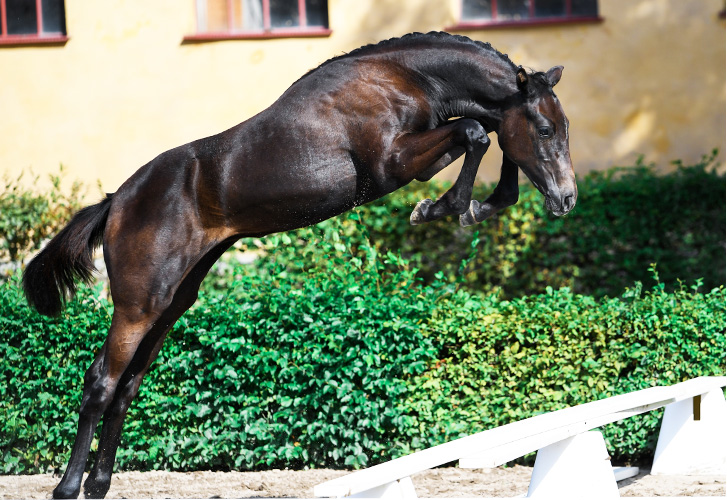 Conthargos did his performance test in Germany and qualified as a young horse to the Bundeschampionate scoring 9,5 p. Conthargos has produced several approved stallions, among them the SWB approved Conthinder 1278 and Conthallon Rouge 1353. His oldest offspring are now successful in international S-class jumping, the son Conthacco won in the Oldenburg 6-year old championships. Conthargos is frequently represented by his offspring in the Bundeschampionate and he was also the sire of the top jumping foal in Germany 2017. The dam Cajandra Z is a fantastic broodmare having produced four offspring in S-class jumping and six offspring competing at the level just below.