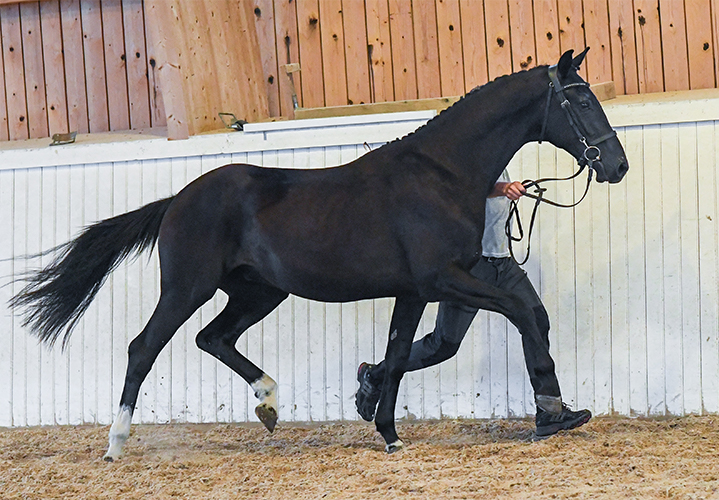 Ampere is one of the stallions that have had measurable impact on Swedish and international breeding for dressage in the last few years. He has sired 62 approved sons and the YH classes are filled with his offspring as well as auctions worldwide. He won his stallion test in dressage in Holland 2008 and since then has been an active breeding stallion. His first three-year-old crop was presented in Sweden in 2013, the average score for the horses shown was +80%! He’s been represented at the World YH championships many times, where the full siblings Diod (F.2) and Demand 1344 participated this year. Demand also won his stallion test in 2018.