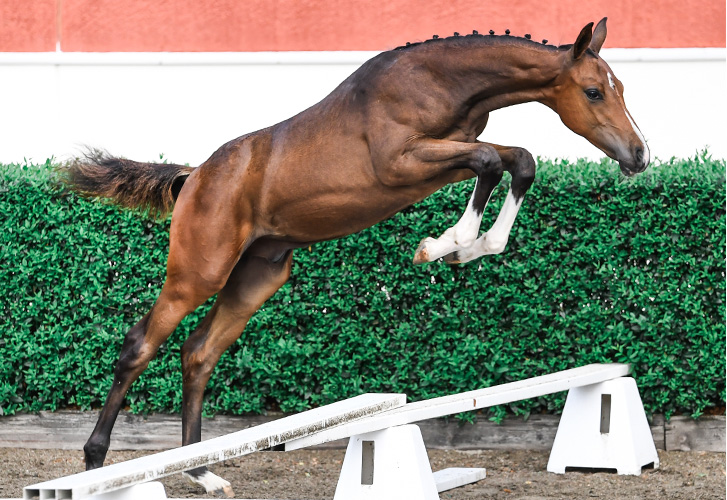 Singular LS La Silla was competed by his owner Maria Gretzer for a few years before Marcus Ehning took the reins for the international scene. In his very first Grand Prix, he placed 8th and already as an 8-year old he placed 9th in a World Cup qualifier. Singular LS La Silla continued his career with victories in 1, 60m classes and World Cup-placings.  Singular holds the highest performance rating in SWB with **** which is only awarded to stallions that fulfill the highest standards of performance.  Today he is a breeding stallion full time, his oldest offspring are born 2015. Singular’s dam has a sister in 1, 50 m jumping.