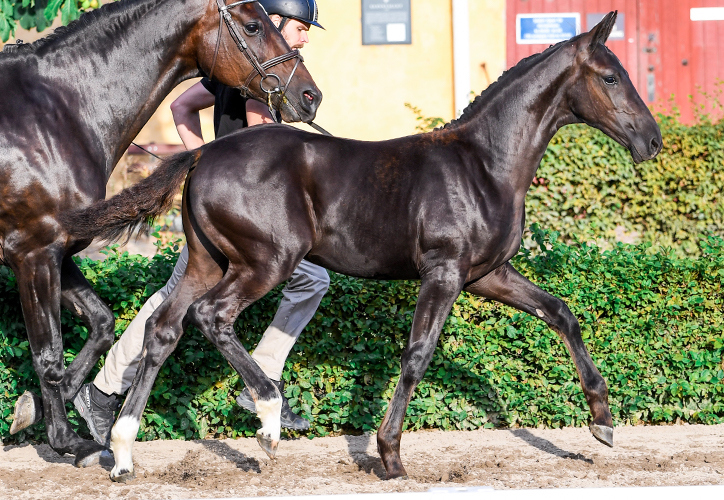 Vitalis did his performance test in Warendorf 2010 receiving high marks and has been successful in both the Dutch stallion classes and at the World Young Horse Championships. Today he is successfully competing up to Intermediaire I under his rider Charlotte Jorst (USA). Vitalis has 20 approved sons and many successful offspring; among them Victoria’s Secret that won the World Championships for Young Horses as a 5-year old in 2016.

The dam Tolivia has the predicates Pref, Prok, Elite sport (dr) in KWPN and has competed in M class dressage.