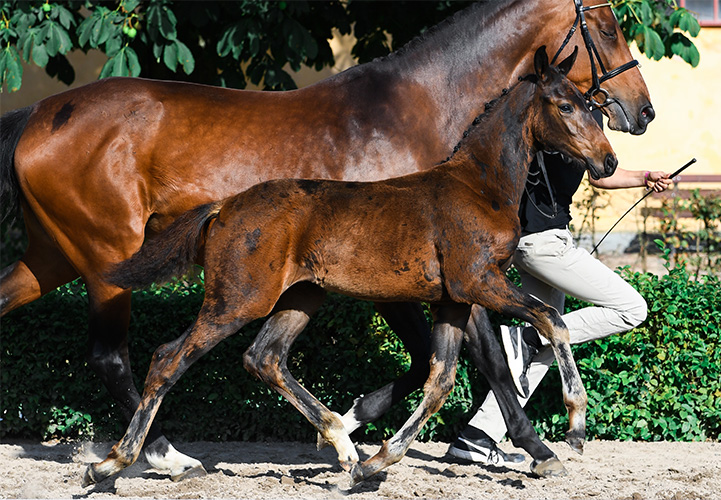 Go First is still a young stallion and with a dam line that is complete. His dam La Fermosa is a full sister to the approved stallion Fred Feuerstein, and via embryo transfer she has produced yet two more approved sons in Oldenburg. The granddam Landiara is a sister to Rolls Roys, with placings in Grand Prix and now exported to the USA.

The sire, Governor, is out of Totilas’ first major crop in 2011, his dam is a full sister to Adelinde Cornelissen’s Parzival.  Governor was the reserve champion in KWPN in 2014 and won his 50-day test later the same year. Adelinde Cornelissen has successfully competed Governor in the young horse classes and during the World YH championships they placed fifth in the fiver year old class and won the silver medal both as a six – and seven-year-old.